Social Media and the Curated Self

Self as A Curated Spectacle

The curated self as a spectacle can take many forms.   The curated self as a spectacle is also the self curation that people are most interested in. The curated self on social media is made up of several photos, videos, status updates, tweets, blog posts, check-ins, likes, comments emails, text messages, instant messages, and direct messages. Social media allows us to be selective about the content we post, making choices about who we want to be online (Anderson, 2012). With that being said you can create your own life story and seek the attention of those that you strive to impress. In essence, individuals perform a character within a setting where an audience imparts a “self” to the performer based on audience interpretation of the character performed (Kasch, 2013). The audience then reacts and responds to the self that the performer has presented (Kasch, 2013). For example, a person who want others to see them as a wealthy or affluent they may post pictures of the designer things that they buy or that they want to acquire, then the images are taken by the audience on social media and they respond by liking the photos, or possibly sharing the image with others as well.  The curated self is, to large extent, able to be controlled, even manipulated (Garner, 2012). People carefully curate their social media content for their various audiences in an attempt to gain popularity and acceptation. As netizens, we tinker with our social media profiles, reinventing the way we appear in the eyes of the world, thus becoming our own identity curators (Anderson, 2012). 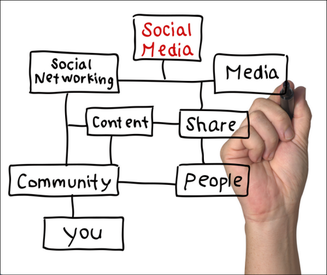